Being a change agent involves a thorough understanding of the human mind and the influence of external stimuli which can bring about a change. Human beings tend to develop a set mindset according to the external environment and the experiences they go through. Various people and incidents shape our thinking.

I have found that the best Trainers are those who are pretty intuitive in understanding the pulse of the group being trained as well as the characteristics of each individual. The first step to being a change agent is to understand the human mind.

It is my personal belief that every soft skills trainer needs to constantly research on how the mind learns, what are the external influences that can help a person to think independently and learn with an open mind. It is definitely not an easy task, however, with effort from all of us, we can build a solution which would in turn need constant modifications as humanity passes through various stages of progress and development.

An important tool to help bring about a positive change in the learning process is Motivation. As a wise man had said, "A Teacher's job is to inspire... not to teach!"

And as I would quote with inspiration from the wise man, "Inspire them, and they will learn!"
Posted by Coach Zubin at 20:56 2 comments:


The expression of Value is something so important in every person’s life. Yet, there’s such little thought put into it by most people, and most organizations. My perception on the importance of “Value Expression,” as I call it, was strengthened by my own personal experience.

I believe that there is a connection between the Tangible and the Intangible. A proper balance of the two is necessary for a person to be happy and content with his / her status or role in the company. If one is increased without a rise in the other, a disbalance is created.

I remember that I was happy when I began with a particular role in the company, and the money seemed to be the standard I had expected or perceived to go with the role and responsibilities.

However, when, a year later, I was promoted to a position of more power, and definitely greater responsibilities, I found that the balance between the Tangibles and the Intangibles had been lost. Tangibles were not increased. As I tried to use self-motivation to perform my new role even without the increased Tangibles, I found it to be a very difficult task. Although performance did not take a beating, the mental stress and exhaustion was tremendous. Finally when I was at the verge of losing my performance, the Tangibles were increased [after six months of increased Intangibles, and the disbalance]. However, I did not find any motivation at this point of time, since my new role and responsibilities had already created an impression of a certain Tangible Value which did not match the increased Tangibles provided by the company.

I decided to move on and join a company which would provide me the right Tangibles [as per my expectations]. However, again, it is to be noted whether this new company would be able to provide the right balance of Intangibles. I can only know when I begin working there.

Any Human Resource personnel needs to keep in mind the importance of Value Expression. This requires constant monitoring of work profiles, responsibilities, market standards of Value Expressions, and definitely the employee and his / her expectations. According to me, this is the fundamental retention strategy that any HR professional can utilize. This is where one needs to begin. No amount of coaxing, counseling, promises, or even plain money can help in retaining good people in a company. All you need to do is balance the Tangibles and Intangibles and create the right Value Expression, keeping in mind the expectations of the employee. 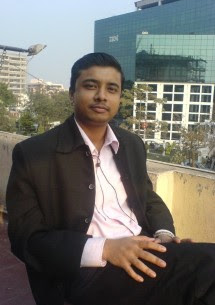 Decisions are so difficult! There are times I cannot even decide which food to have when I see a long menu in a restaurant! "Chicken Reshmi Kebab" or "Chicken Tandoori" or "Chicken Tikka" or...

But there are times when you need to decide on more important matters. Like a new career opportunity. I find myself mostly making decisions based on intuition and passion. I really do not understand why I do that, but somehow leading a life of values has always been more important for me than living a life of valuables. Money does not lure me anymore!

Many of my students ask me about which company to choose, which brand is better... inspite of all that the market says... I still believe that one must do what one wants to do and loves to do. The company, the brand does not bother me at all! Yes... sometimes I do think about it, and about the weight a big brand name carries, but where would I take that name... to the grave?!

Life itself throws so many challenges, decision making is one of them.

But whatever it is, as a good friend of mine had once advised, I always "follow my heart"!

Oh, that beauteous face, that fair chin,
That graceful touch from her soft skin,
The lovely rose would be beaten fair
When her soothing eyes would give a stare.

Oh! Of nature I have seen so much,
Never have I witnessed beauty such,
Even the sun would lose its grace
To the brightness on her pretty face.

If to me life's meaning becomes obscure
To her I shall turn for sure,
And look at her beauty till I die
And sleep in the arms of her deep-felt sigh.

Sometimes you see this pretty face and you think… or most of the times you just stop thinking. Time stands still. When God gives you the eyes to see the beauty in every human being you understand the true meaning of beauty.


Every person is beautiful; the free mind discovers this wonderful beauteous picture! Every thing you look at has the magnificence of God’s creative power! Every bit of everything has the grace of Nature’s touch! When you open the eyes of your mind you observe the wonderful gift of God… beauty! And do not ever forget… you are beautiful!

“Life is not in our hands, Living is.”

It is a crazy journey that we undertake, and throughout this journey we meet different people. There are some people who we understand, and there are many people who we don’t. Every time I think about life, I begin thinking about all the people I have met. Each person’s so different from the other. Just as life has been a mystery to me, so has been the human mind.

I was reading this book called “The Art of Joyful and Healthy Living” by Dr. Pinakin Shah. There was a wonderful piece of writing on the cover, “Life is not in our hands, Living is.” I found this to be so true. Yes, we do understand all the writing and jazz, but how much of it do we actually learn and apply in our lives? It’s such a struggle, or so it seems!

I have experienced living the two extremes in life, a span of time in my life when it was 80 per cent leisure time, and a span of time when it was 80 per cent work! Now I am trying to bring about a 50-50 balance. Difficult, but it is not impossible. Freeing the mind from thoughts about status in society and numerous material needs has helped me relax. The mind becomes less tense with lesser expectations! It’s an amazing feeling really, when I start feeling so light, I have never felt so light before this!

I got part of the answer to my question about life through this book I have mentioned. The following two quotes sums up this part:

“Never take life so seriously, you will never come out of it alive.” – Elbert Hubbard.

“Life is a mystery to be lived, not understood.”

As I move on in this wonderful journey of life, I leave you to contemplate on what I have just expressed. My contemplation continues…
Posted by Coach Zubin at 12:44 2 comments: