English Vinglish - What I Learnt!

I was watching this movie with Sridevi playing the lead character. She was playing a homemaker who did not know the English language and was made fun of by her family members because of that. Then came an invitation from her sister, who was living in New York, to attend her daughter’s wedding. The husband and children were to travel later, and Sridevi had to go alone. So off she went in spite of her fears and inhibitions.

I am not trying to tell the whole story here, but just setting the context to what I am trying to point at. I remember one scene in the movie where Sridevi was trying to order some food in a cafe. She was in a queue and as she approached the lady at the counter she was feeling nervous. The lady at the counter being angry did not do much to improve the situation.

She asked for something to eat, and she was asked what she wanted. She said “vegetarian.”

So the next question was something like, “What in vegetarian?”

She was given 3 options out of which she recognised one word – “sandwich.”

Then she was asked, “What do you want in your sandwich – cheese, tomato or onion?”

She wasn’t sure and finally managed to say, “cheese.”

Then she was asked, “Would you like any drink?”

By the way, most people in India wouldn’t know what “sparkling water” is. We know it as “soda.”
She was confused, so she said, “plain water.”

Now the lady at the counter did not understand. So she asked about coffee and gave 3 options, “Americano, Cappuccino, Latte.”

After a lot of confusion she ended up bumping onto another customer and some food fell on the floor. Some plates broke as well. She ran out of the cafe.

So, is it only about the English language? The basic words for communication were spoken. But still they were not understood. The world is getting more complicated by the day. There was only water, and now we have “sparkling water.” There was only coffee, and now we have “Americano, Cappuccino, Latte.” Sridevi simply wanted water. What she got back were multiple options and did not get the water.

But what I liked most in the movie was the motivation that Sridevi got to learn the English language. Instead of complaining and whining about the fact that she studied in vernacular medium, she joined a 4 weeks class to learn the language. We saw an inspired lady who put in a lot of efforts in spite of being in an unknown city and also with a tremendous amount of responsibility to help with wedding of her sister’s daughter.

Although this was only a film, there are quite a few people in this world who are as inspired and motivated to learn, improve and grow as Sridevi’s character in the film. If you can be one of them you could achieve all the success and happiness that you want.

Independence Day - what does it mean today?

Independence is a term that has a different connotation today in the political perspective than what it was in 1947 when India got her freedom from the colonial rulers. The old school thought process may criticize the behavior of the present generation of Indians, however, people who understand the inevitability of change would speak otherwise. 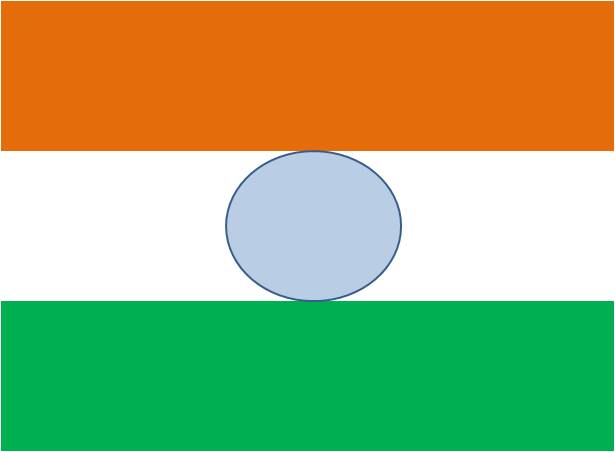 To understand this better we can simply observe what happens today, the 15th of August. What does this day mean to the present youth?

History tells us a lot of stories. The freedom fighters who sacrificed their lives for a better tomorrow lived in circumstances that the youngsters today would not be able to fathom. The times have changed. Those people then did what they felt was right, they did what made them happy. They lived on ideals that seems to have vanished with time.

I woke up today morning and picked up the newspaper. The front page had the digits that made me feel a tad happy - "15." As I read on, the happiness changed to awfulness. It wasn't only "15" but it was "15%." A company is offering a 15% cashback if you buy products from their store. Read the "terms and conditions" in the fine print and you would feel worse. I flipped through pages and found more advertisements than news. Most of the adverts were using "15th August" as a platform to offer discounts and sell their products. There were many adverts of restaurants as well.

The restaurants reminded me of another pastime of urban Indians on Independence Day - eating out. Go to any restaurant on this day and you would find it difficult to get a seat. People love to hog on this day. They wear some good clothes, call their friends, eat, and do some shopping. Later in the day everybody is back to their daily grind of "facebook".

This is freedom - the independence that makes everyone happy. There is no restaurant which says "Dogs and Indians not allowed" like it was supposedly so during the colonial rule.

The selflessness, the sacrifices, the patriotism - they are all the ideals that existed in the past. Today even these words are used by people of all classes and categories for their self-interests. It has become so difficult to differentiate between the genuine and the fake use of these ideals.

By the way, tomorrow is 16th of August. Be rest assured that all the show of patriotism that you would see today would completely disappear tomorrow.

I would like to pray for my country. May we get the strength of doing something for our country beyond all the feelings of hatred, discrimination and stereotyping. May we understand that India is a country, and its image and respect is created by its citizens. May we celebrate Independence on all days in the year throughout our lives.

I wish you a Happy Independence Day!

Winning is a habit, so is losing!

I come across so many people everyday. Starting from the cab drivers to supposedly well-to-do folks working in multi-national companies. But these differences in professions or status in society doesn't make any difference in habits of people. Habits are very specific to individuals, it has nothing to do with the profession or status in society.

We tend to connect habits with lifestyle, earning, etc. Those "common" habits are what the weak pick up. These are the people who simply go with the flow. Habits define them, they don't define habits.

In my first book that I published a couple of months back, I have created characters who have been categorized into two groups - "One" and "Too Many." I have seen very few people who have the attitude of "doing more than what they are paid for" while most people are the regular "whiners."


You may come across that character in your life who has a habit of complaining about anything and everything in life. They will also tell you why nothing can be done in this world. They will create a lock for every door.

"That target is too high, it cannot be achieved."

"What's the use? We are here only for sometime, why try to do so much?"

These are just some of the examples of the "Too Many" who have the habit of being a loser.

The "One" is what the word represents - a small number. People who take challenges and understand the importance of personal development. They are the ones who give their best shot and most of the time come out winners. On the occasions of failures they don't lose heart to join the negative group. They don't complain and blame. They analyse why they failed and move on to try again, this time to achieve something even better!

Your habits define who you are and who you will become. Remember, if your habits control you, you lack will power. If you control your habits you have greater control over your life and your goals. That is when you can build that habit of being a winner in everything that you do!