"To be successful in life what you need is education, not literacy and degrees." -Munshi Premchand 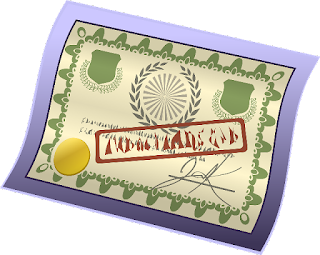 How important is it to have degrees from the top schools? Do these degrees make people successful?


I don't believe that degrees make people successful. Don't get me wrong, but too much emphasis on degrees is changing the outlook of students towards learning.

Degrees define "education" in today's world. Youngsters define themselves in terms of which school they have got into. And then there is a certain pride in being from a particular school. But is it the degree that makes the difference? It might give a little head start in a career, nothing more.


Let us look at the world of success today. It would be unfair to limit ourselves to define success in terms of only careers in the corporate world. We need to look at all fields. What makes a good singer? What makes a great dancer? A painter? An author or poet? A politician? For that matter, what makes a good entrepreneur? Is the answer "degrees"?

My answer has multiple keywords. I have words like passion, commitment, discipline, desire, knowledge, skills and hard work. We can add more such words to what makes one successful. But I would not add the word degrees here.

I have seen toppers from schools fade away and are never heard of again. On the contrary I know so many people who are successful in spite of not having high degrees.

"Economists who have studied the relationship between education and economic growth confirm what common sense suggests: The number of college degrees is not nearly as important as how well students develop cognitive skills, such as critical thinking and problem-solving ability." -Derek Bok (American lawyer and educator and the former president of Harvard University)

So, what is more important is the education and learning that one gets, not the degree. The degree is taken as the symbol of having got education, but it certainly doesn't guarantee so. On the other hand, having got the education doesn't mean one can apply the knowledge successfully. Interestingly, there are numerous examples of people who have got degrees on some subject and then went on to become successful in some other area altogether!

If you are in a top school pursuing education, enjoy the learning; think about the subjects and their applications. If you haven't got into one of those schools, don't you worry. You can always pursue your passion, work hard, develop knowledge from various sources, become an apprentice and succeed. Remember what Henry Ford had said, "Whether you think you can, or you think you can't - you are right." That is what makes the difference!

www.zubinrashid.com
Posted by Unknown at 16:53